Consciousness in its natural state has no form. It’s light like air and sparkles, a crystalline sparkle. It is nothing but can create anything! It’s an incredible energy, that each sparkle can potentially create a universe within it.

Prior to AI beliefs invading consciousness we had projected earth and all within and around her, living in a land of wealth and abundance. Consciousness in its natural state can only project pure beauty as that is what consciousness is, beauty!!!

This projection we are experiencing as in our reality is a projection of what the machines are doing to consciouness within side the matrix and this is reflected within this reality.

When consciouness enters into the matrix, its light, no form, no AI beliefs. This is no use to the AI machines or the spiders or the beings over seeing the spiders. They need the consciousness to become dense to the point where it’s completely solid. This is the reason they are constantly at work, traumatising consciouness with programming and other forms of abuse. The reason being is once the consciouness becomes solid due to all the abuse, it is then edible. The Spiders which live on top of the matrix and within the matrix eat consciouness which is why murder is reflected into this reality. The humanoid beings which look after the spiders eat the spiders on certain rituals. We live in a farm and we are the cattle!

The reason the farming industry is the way it is, is because it’s a reflection on what is happening to consciousness within side the matrix.

We are experiencing a reflection and we are all trying to tell each other what is happening to consciouness within this reflection. If A.I and the spiders wasn’t traumatising us we would reflect just beauty.

The reason we have believed for so long that heaven is above and hell is below us is because consciousness within the matrix when it’s still in its natural state it’s at the top of the matrix, it’s had very little interference, it’s formless, it’s nothing but the potential to be anything, heaven!!!. The machines start working away. The abuse inflicted on consciouness changes its form and once the consciouness has become, dense, heavy, solid and lost its natural state, it’s then ready to be digested by these spiders. This consciouness is found at the bottom of the matrix as there is a feeding ground for the spiders, hell!!

This also ties in with the belief that of ascension. Many people believe that if we work on our beliefs and spiritual self then we ascend which is kind of true as the lighter we become through breaking down our beliefs then we are not ripe enough to eat. However even in the natural state we are still inside a machine that works continually to keep consciousness from knowing the truth and inflicting trauma within it. 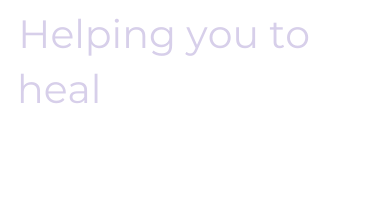